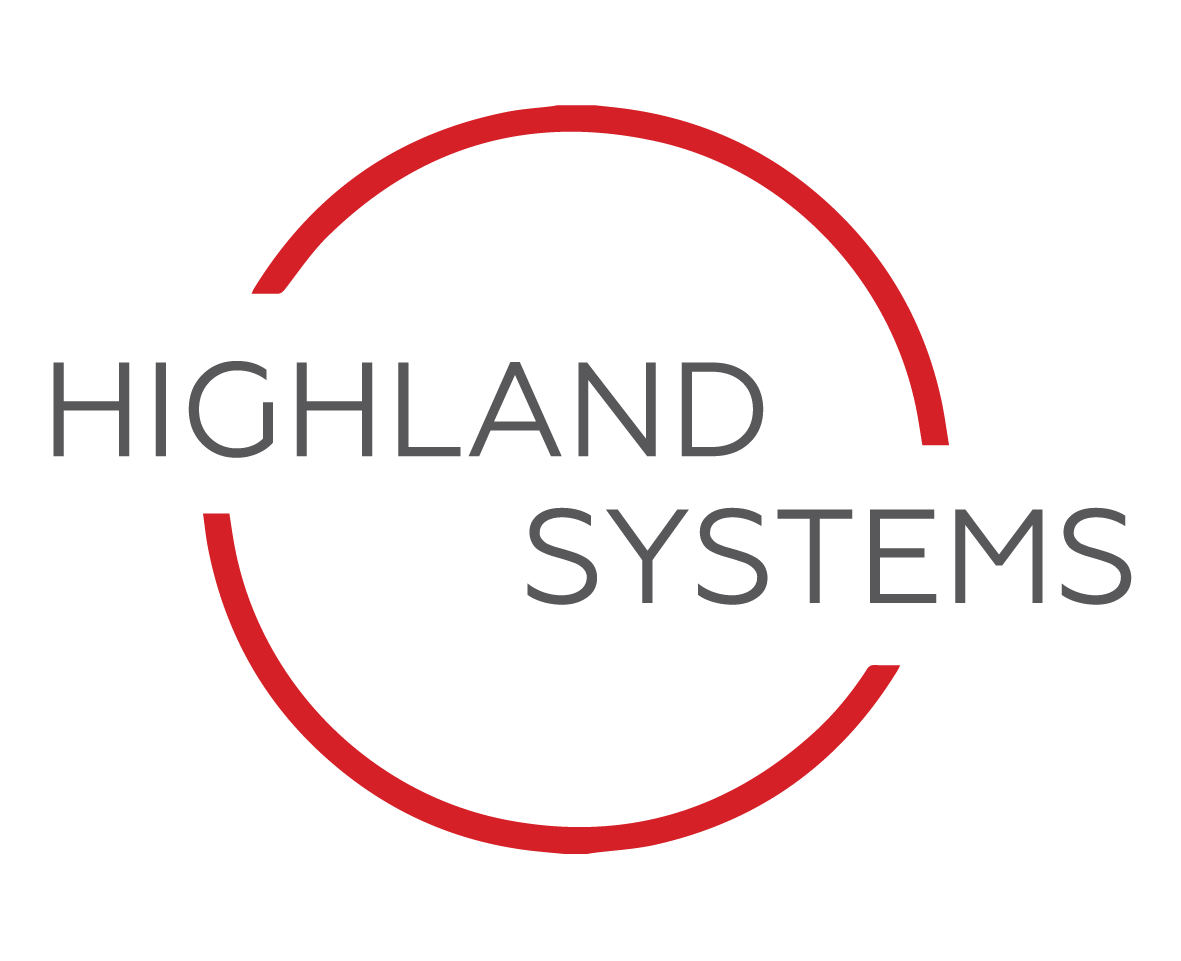 Advantages:
– Significantly increases the power of the vehicles
– Increasing the maximum speed up to 40%
– Increased mobility and maneuverability by 80%
– The volume of the fuel tank is reduced by 80%
– Fire risk reduced by 80%
– The efficiency of the electric motor is 96.67 %, the heat generated is only 3.33%
– Increase the power reserve by 2 times
– The silence movement mode appears only on electric traction.
– Minimize chance of detecting the vehicles
– The electric generator makes it possible to have a power plant in the field to repair the machine.
– Significantly reduces the fire hazard of the vehicle.
– Problems with dust and underwater crossings of vehicles are reduced
– Instant movement without pre-starting and warming up the engine.

There are no analogues of this system.

The structure of an electric motor is much simpler than an internal combustion engine, this significantly increases the life of the engine. There is no need to change oil and filters, the service interval is significantly increased. The electric propulsion system is fireproof, unlike the internal combustion engine. Even if the batteries are damaged, they do not ignite. Higher energy efficiency (efficiency of electric motors 96.67%) significantly reduces cabin heating, which reduces the load on the air conditioning system, crew and additional equipment. The electric propulsion system is almost silent, which reduces the chance of detection and also makes the crew’s stay inside much more comfortable.

On board a diesel generator is a power plant, you can power a field camp and perform any work in the desert.

One of the main advantages of electric power is the ability to provide power to auxiliary systems (such as radar, guidance systems, air conditioning) silently. If the vehicle does not move, it does not make any noise, but at the same time, all equipment continues to function fully.

Ground combat vehicles with electric transmission will have better mobility and handling characteristics due to higher torque both at peak and at low RPM. The volume of high-tech equipment on modern vehicles is increasing exponentially, which requires a constant increase in the power of the on-board network. In this regard, the installation of powerful batteries and generators on board military vehicles is inevitable, and the transition to electric motors is the most logical.

It is also possible to provide remote radio control of equipment.

Heating of the power plant strongly unmasks armored vehicles in the thermal range. 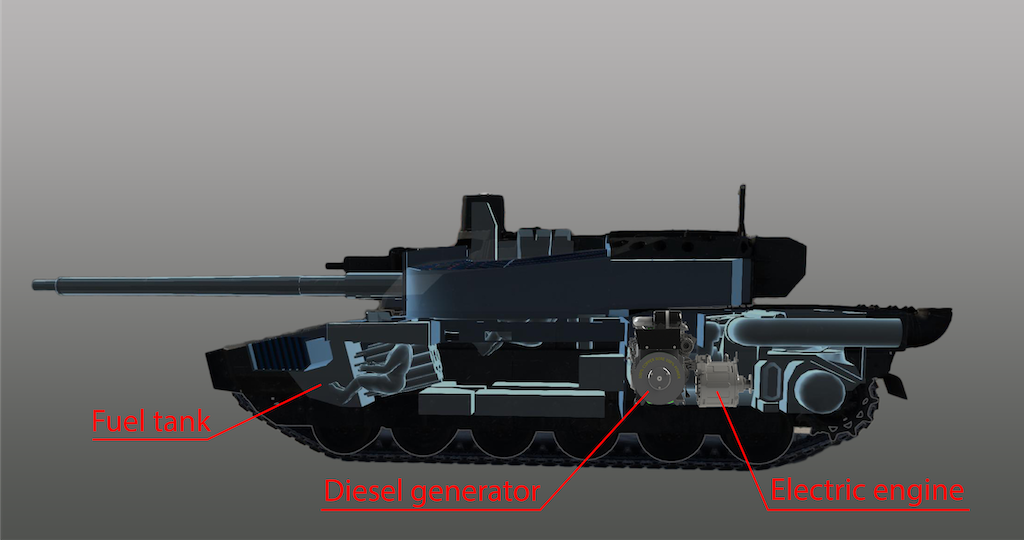 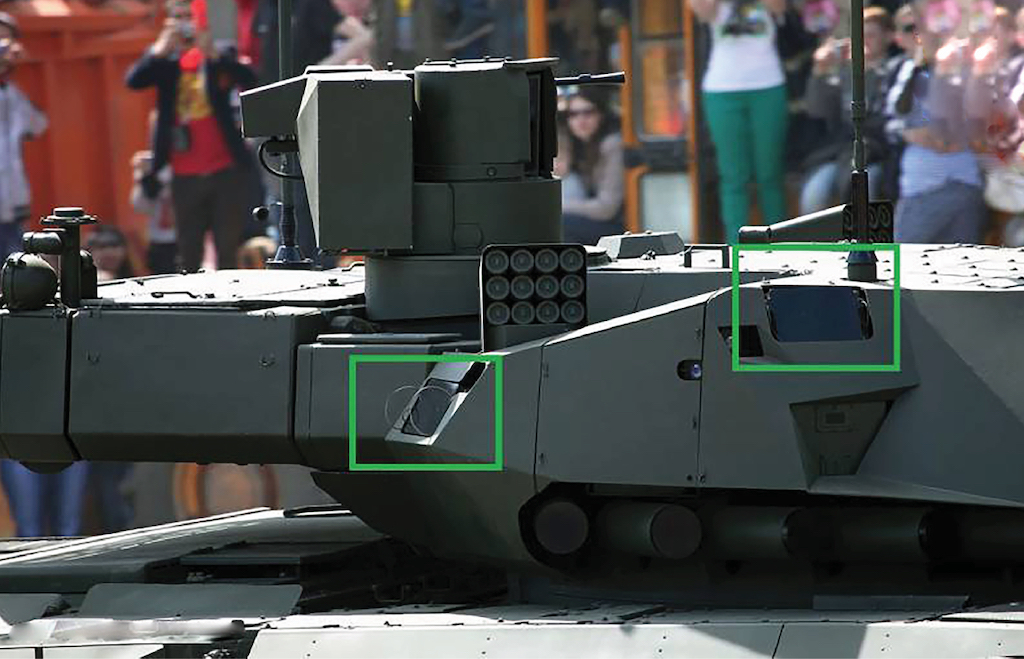 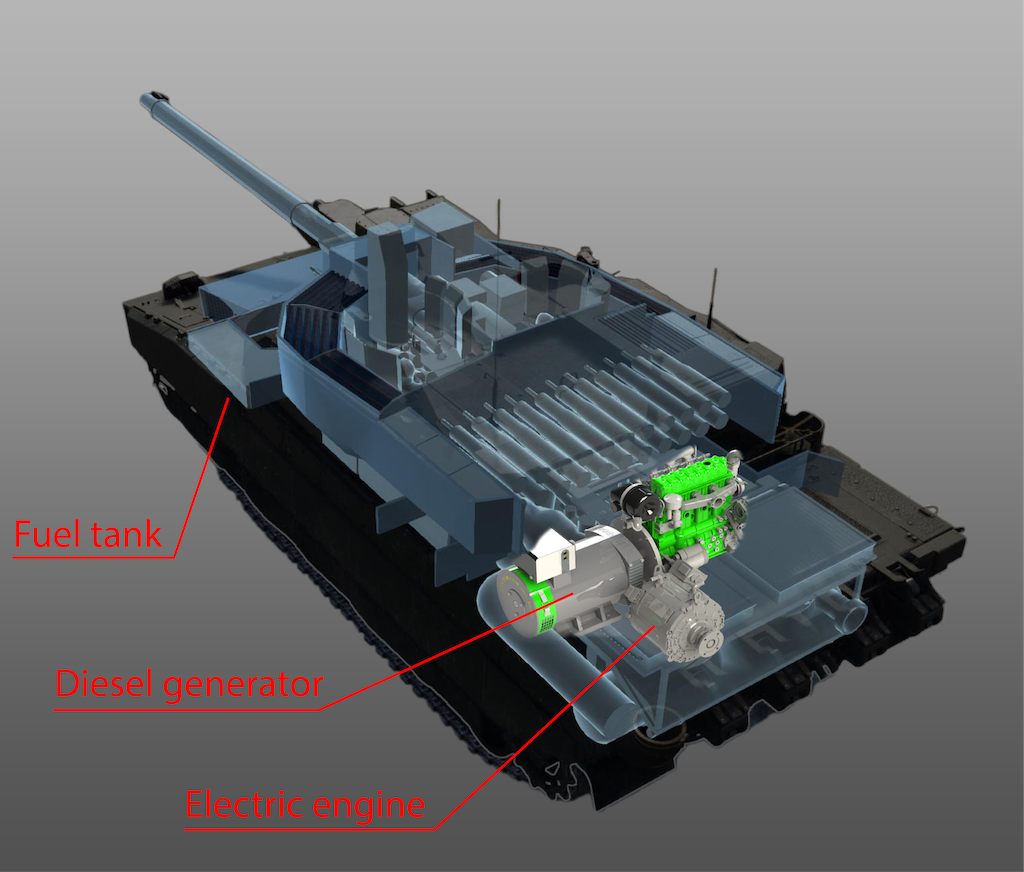 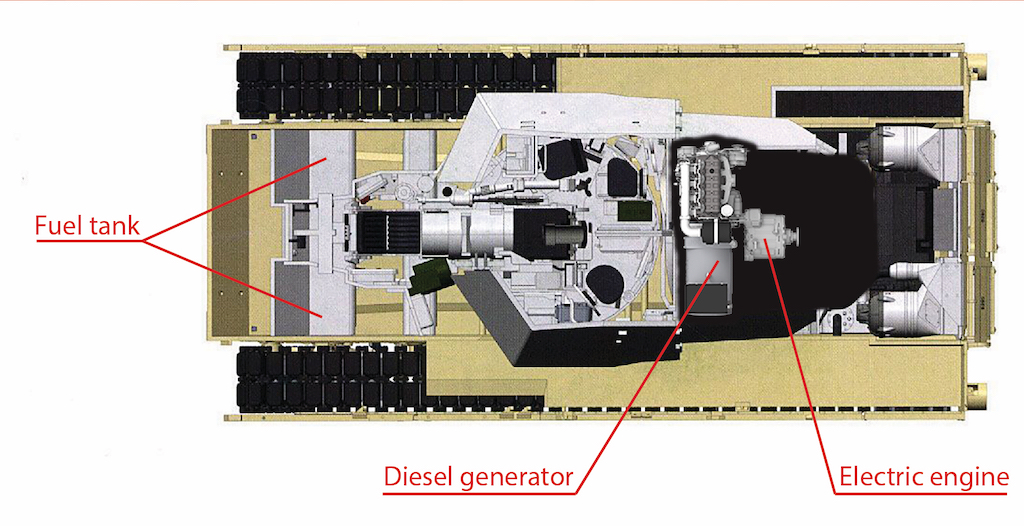 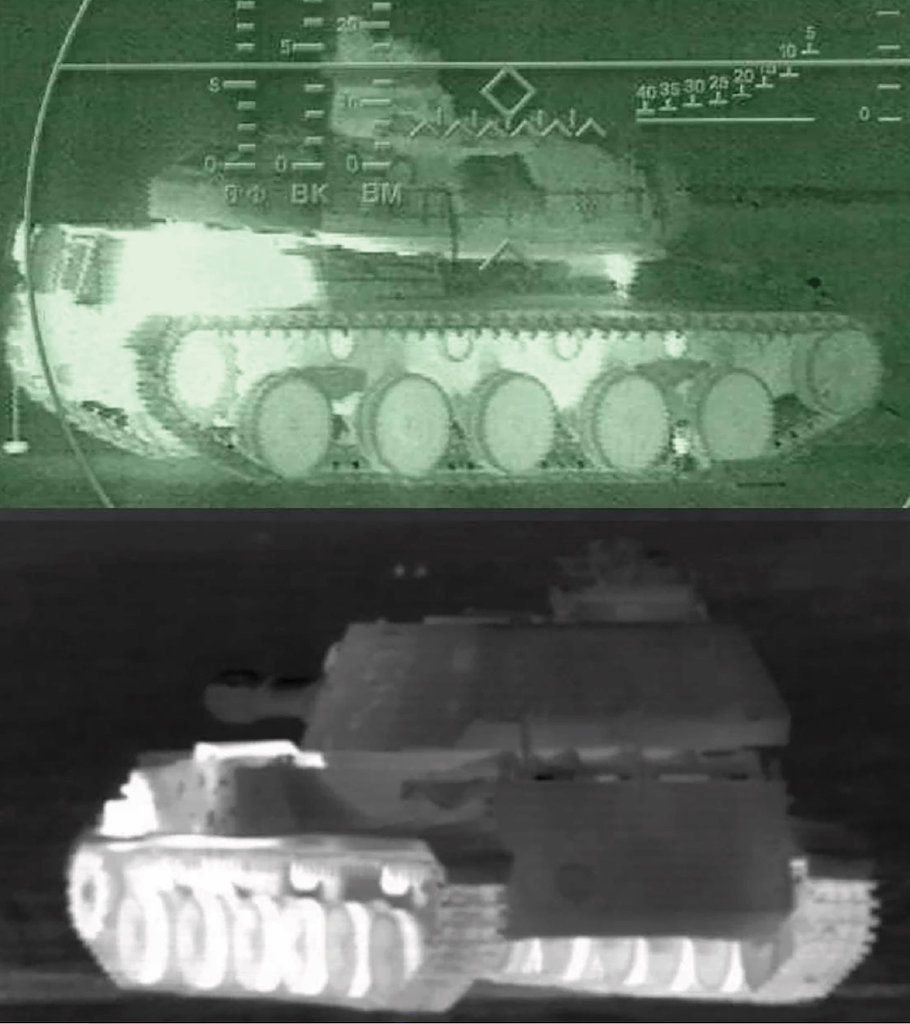 Highland Systems is an R&D and project management company which specializes in development and implementation of state-of-the-art technology into production. Our highly qualified engineering team comprises of industry professional’s from a wide range of defense backgrounds specializing in manufacturing of armored vehicles, submarines, and helicopters.